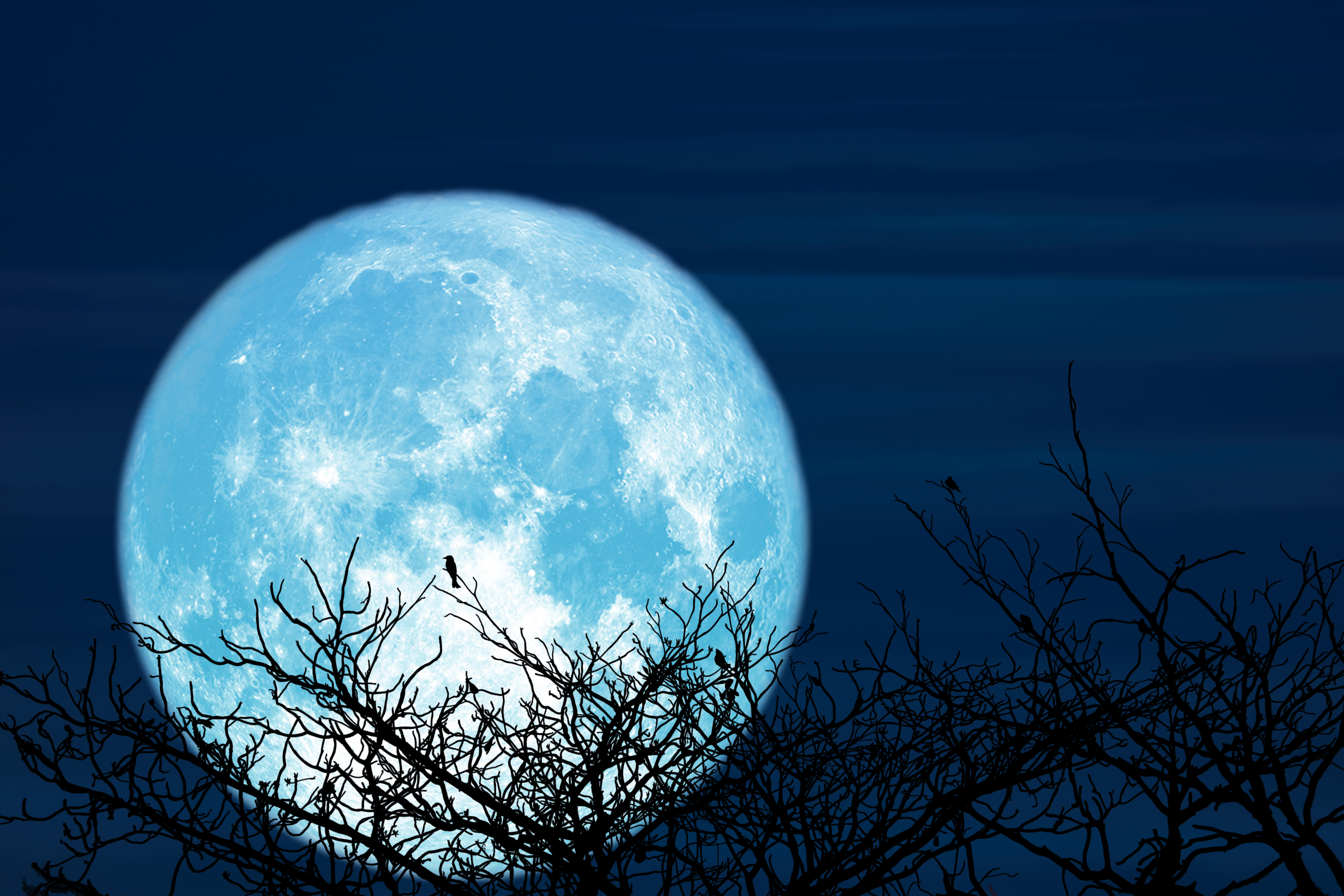 The August full moon will be special; not only will it be a rare blue moon, but also it will shine in the city of Jupiter and Saturn. both of these planets are exceptionally bright this month. below we tell you why a blue moon is called a blue moon why the full moon is also called the sturgeon moon and when to observe our natural gas giants.

August will give astronomy enthusiasts a rare chance to see the Blue Moon dancing with exceptionally bright gas giants. The Blue Sturgeon Moon closely follows the opposition of Jupiter, which took place on August 19; around opposition, the planet appears at its brightest and largest in the sky.

What does the Blue Moon mean?

The Blue Moon can be defined as the second Full Moon in a calendar month with two Full Moons (monthly definition) or the third Full Moon of the season with four Full Moons (seasonal definition). The August Full Moon fits the second definition. The term blue moon has no relation to the actual colour of the moon it is a reference only to the fact that a full moon occurs twice in one month, which is rare.

When is the next Blue Moon?

In 2022, there will be no Blue Moon at all. In August 2023, we’ll be able to observe the calendar Blue Moon; additionally, it will be a Supermoon. The next seasonal Blue Moon will adorn our skies no sooner than December 2025. So don’t miss your chance to witness this rare phenomenon this month.

Is the Moon ever really blue?

As we’ve mentioned above, the August Blue Moon will be blue in name only. However, sometimes the Moon turns blue. For example, due to the explosion of the famous volcano Krakatoa in 1883, ashes and dust cast a blanket around the whole planet; the dusty atmosphere caused a curious visual effect: throughout the year, people could see green sunrises and sunsets and the blue Moon.

What is a Full Sturgeon Moon?

Traditional names for the Full Moons originate from Native American, Colonial American, and European cultures and reflect peculiarities of seasons of the year. The August Full Moon is known under the name of the Sturgeon Moon, which comes from America’s largest freshwater fish, the sturgeon. At this time of the year, it was easy to catch this prehistoric-looking fish in the Great Lakes of North America.

There are various alternative names for the August Full Moon among different cultures and regions. Each of the Native American Indian tribes have their own names for the moons.

When is the next Full Moon?

The next Full Moon will grace the sky on September 20. It will be the closest Full Moon to the September equinox — hence it will bear the name of Harvest Moon. The Full Moon occurring at this time of the year corresponds with harvesting crops and August will give astronomy enthusiasts a rare chance to see the Blue Moon dancing with exceptionally bright gas giants. The Blue Sturgeon Moon closely follows the opposition of Jupiter, which took place on August 19; around opposition, the planet appears at its brightest and largest in the sky. Saturn, which reached opposition on August 2, also continues to shine brightly and helped farmers work into the night.